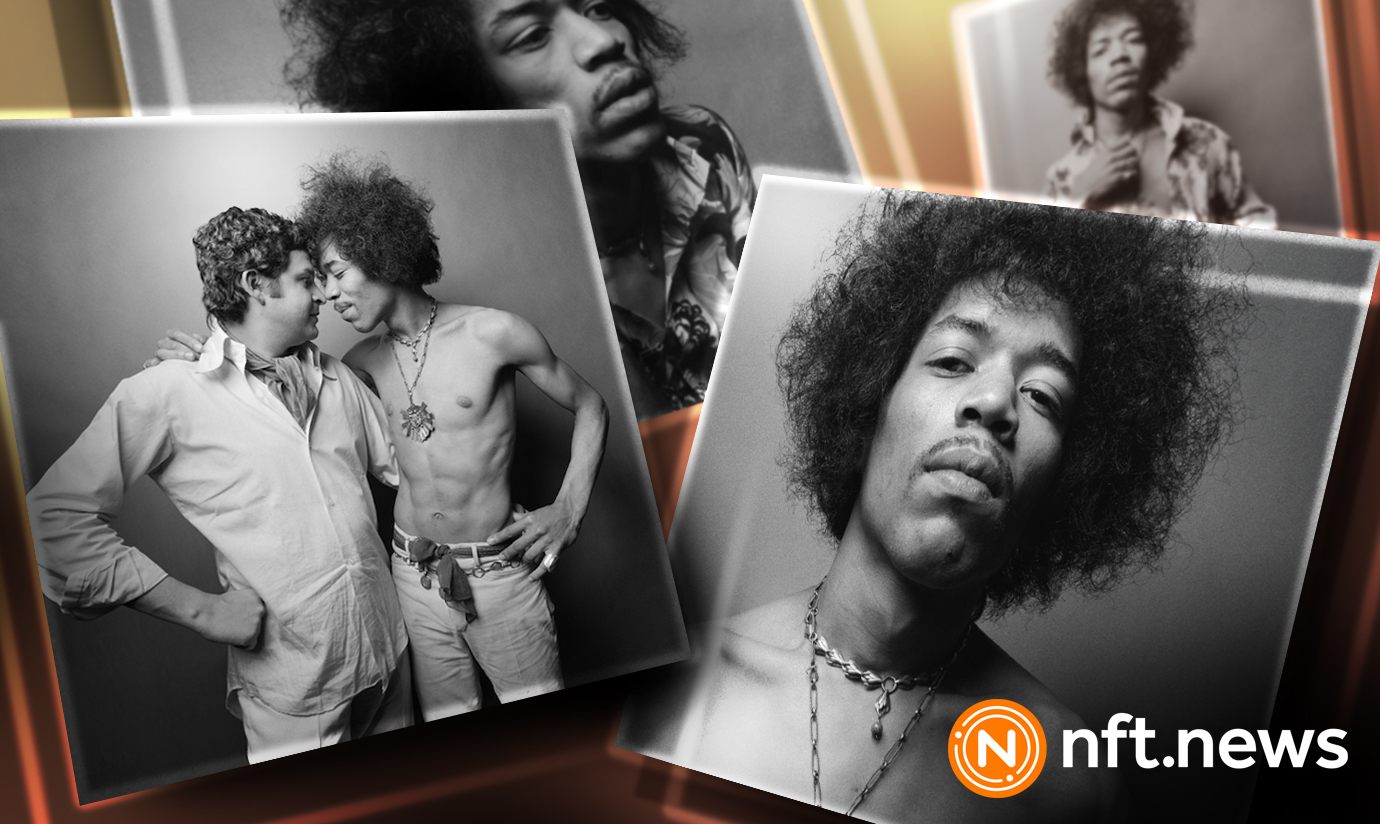 A selection of never before seen photographs from the iconic guitarist, Jimi Hendrix, is set to be released as Non-Fungible Tokens (NFTs).

The collection will be released in three separate drops, the first of which will be launched on the OpenSea NFT marketplace on November 27th. The date coincides with the artist’s posthumous 80th birthday.

The unseen images are brought to us by the estate of Donald Silverstein, the photographer behind two of the most well-known pictures featuring Jimi Hendrix. The first picture is the iconic image of Hendrix posing with an open shirt, which went on to be released as a poster. The second one was featured on the “Axis: Bold as Love” album, portraying the artist and the rest of the band.

The images that will now be released as NFTs come from the same shoot as the aforementioned two. The first one, which has already surfaced on the web, features Hendrix and Silverstein touching foreheads, symbolizing the artistic connection between the musician and the photographer.

Said image will be split into 101 puzzle-shaped pieces, each made into a unique NFT with different rarity traits. Collectors can scoop up these NFTs on OpenSea at the price of 0.08 Ether (ETH), roughly $90. As previously mentioned, the first drop will commemorate Jimi Hendrix’s 80th birthday.

The second drop will be a collaboration between multiple artists, each of which will create a new piece of art based on 80 pictures taken during the iconic photoshoot by Donald Silverstein. Each art piece will be sold individually as its own stand-alone NFT.

Lastly, the third drop will see each individual photo released one by one and become available to private collectors, galleries, and museums. The NFTs will be unaltered pictures from the photoshoot, which contains twelve rolls of film bearing dozens of never-before-seen photographs of the artist.

While the drops from the Donald Silverstein photoshoot will include unseen photographs from the electric guitarists, it is not the first time exclusive artwork featuring Jimi Hendrix gains new life through NFTs.

While we still haven’t seen Hendrix’s music transform into an NFT album or single, there have been two instances, both in 2022, where photographers have come forward to bring us both digital and phygital portraits of the artist.

In February, photographer Karl Ferris and his gallery, Hypergallery, launched an NFT collection with some of his portraits and album covers featuring Jimi Hendrix. The NFT drop comes from a collaboration between the studio and the NFT marketplace, MusicArt, which focuses on the sale of music-related content. Ferris was the photographer behind four of Hendrix’s album covers and an influential figure in the psychedelic scene at the time.

Later, in August, the web3 platform, OneOf, partnered with Globe Entertainment and Media to launch phygital NFTs featuring a printed photograph of Jimi Hendrix’s 1967 Rolling Stone cover image, shot during the Monterey Pop festival of the same year. Ninety-nine photo editions were printed and signed by the photographer Jill Gibson.