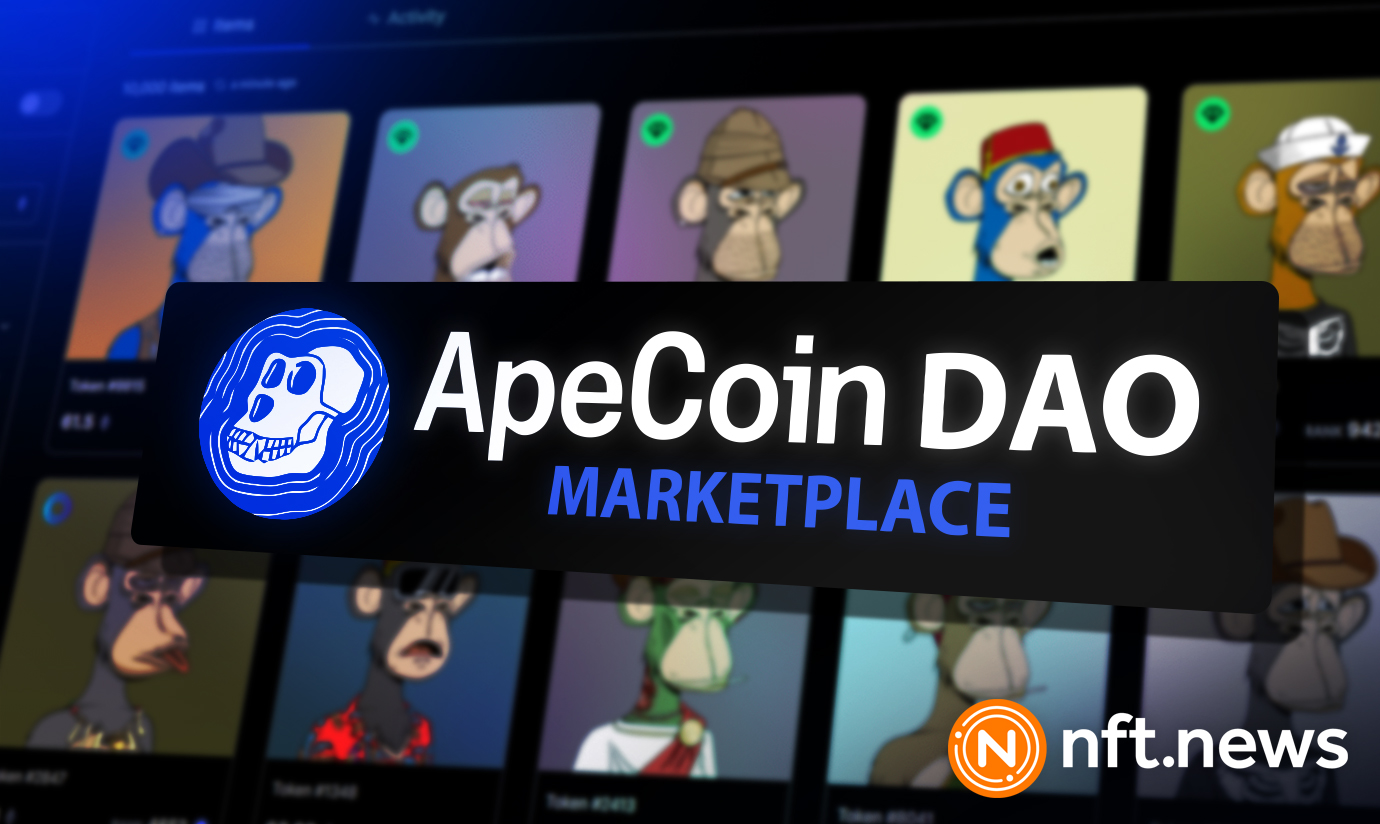 Snag Solutions, a firm building project-owned marketplaces for NFT collections, revealed that they are launching an NFT marketplace for ApeCoin DAO on its official platform.

According to a tweet by Zach Zheerwagen, founder of Snag Solutions, this latest development represents a vital milestone achievement: “You been waiting for this!! Today @snag_solutions is launching the official @ApeCoin DAO marketplace.”

Zheerwagen was elated to launch the custom marketplace and its unique features built specifically for the BAYC and Otherside communities, which will include ApeCoin staking and NFT metadata integration.

The founder of Snag Solutions also revealed that staking and daily rewards would be directly embedded within the buy and sell flow of the company. Furthermore, the firm will continue improving the experience by adding filters for Apes with $APE staked, listed assets, and more.

The ApeCoin marketplace will have lower fees for sellers: 0.5% fees on ETH sales and 0.25% fees on $APE sales, but a full 0.25% of each sale is held in a multi-sig to fund DAO initiatives. The marketplace is now accessible through the ApeCoin official website.

Snag’s founder disclosed that the company was founded this July to empower non-fungible token creators and their communities. The project ended up receiving tremendous support from the community early on.

The project’s roadmap includes token-gated social features and an upcoming tokenomics proposal. However, Zheerwagen confirmed that they are more focused on hearing from its customers, stating that the team is always open to user feedback and suggestions.

The ApeCoin staking metadata integration directly resulted from community feedback. Moreover, the firm had previously announced the results of their full-stack audit completed by solidity.io, which resulted in zero critical vulnerabilities.

Snag’s founder later noted that this was day 1 for the ApeCoin Marketplace, Snag, and the broader Web3 & NFT ecosystem. He added that the past few weeks had been severe to the ecosystem, reminding him just how early Snag Solutions is in the market. Zheerwagen went on to commend the Snag community, saying it was up to them to continue building the future.

Earlier today, Bored Ape Yacht Club(BAYC) made a record selling of the Gold Fur Bored Ape #232, which sold for a phenomenal 80 ETH. The amount amounted to more than $950,000 at the time of the sale, the most expensive acquisition of a Bored Ape NFT seen in several weeks, albeit the tough spell that NFTs have had recently.