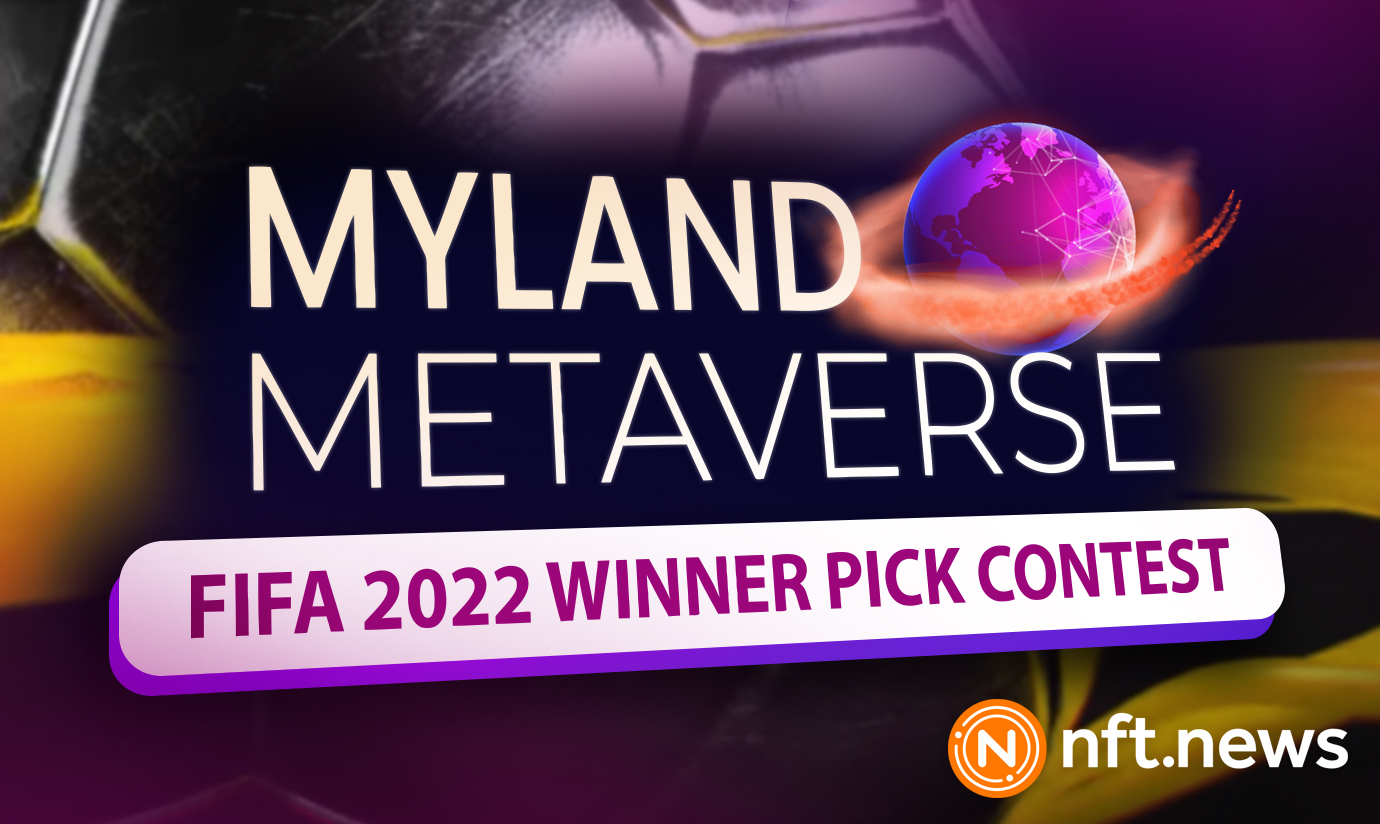 MyLand Metaverse, a metaverse project specializing in Earth-based virtual reality and wildlife conservation, has announced an NFT contest for the FIFA World Cup 2022.

Celebrating the World Cup in Style

The FIFA World Cup contest kicked off last Sunday and has had the usual thrills expected of a contest of its magnitude. Several blockchain-based companies, such as Binance and Gate.io, have also organized contests and giveaways to celebrate the event.

Even though Brazil and France have been tipped as favorites, MyLand Metaverse spokesperson said that the contest presents an opportunity for investors to benefit by winning virtual lands by correctly predicting the competition’s winners at its advanced stages.

How To Participate in MyLand Metaverse FIFA NFT Contest

On how to participate in the FIFA World Cup NFT Contest, the project leader of the MyLand Metaverse project, Kevin McInerney, stated:

“Join the MyLand Metaverse™ community on Discord to select your favorites, to anticipate the upsets and to pick the final winner of FIFA this year ending with winning free Metaverse land NFTs and in-game tokens!”

MyLand has continued to attract gamers, investors, and developers since its launch last July. According to a press release from the company, the FIFA World Cup presents developers, online gamers, creators, and other metaverse enthusiasts with an opportunity to own virtual real estate from MyLand. The company is the first metaverse project to develop a 3D Navigation within the metaverse market.

According to the update from the company:

“With a successful platform launch, MyLand Metaverse™ continues on its path to build the Metaverse world. With a community of content creators that contains online gaming, Metaverse developers and Blockchain users, MyLand Metaverse Project Team launched the first-in-the-market 3D Navigation on the MyLand Platform.”

The Earth-based metaverse launched its gaming portal on June 28. Since then, the platform has sold over 80,000 virtual lands to investors.

MyLand plans to become the Earth tour metaverse of choice among virtual world tourists and travelers. Its immersive tours feature renowned global landmarks such as the Eiffel Tower in Paris and the Himalayan mountain range.

There are no limits to what the users can build or buy within the MyLand metaverse. Structures such as stadiums can be built by development teams on the MyLand Platform. Kevin McInerney continues:

The report from MyLand also said that the platform is set to revolutionize government and enterprise operations by moving beyond the traditional 2D visuals for meetings and communication within its metaverse. Its 3D immersive metaverse gives companies, organizations, and other entities a platform that simulates real-life locations on planet Earth.