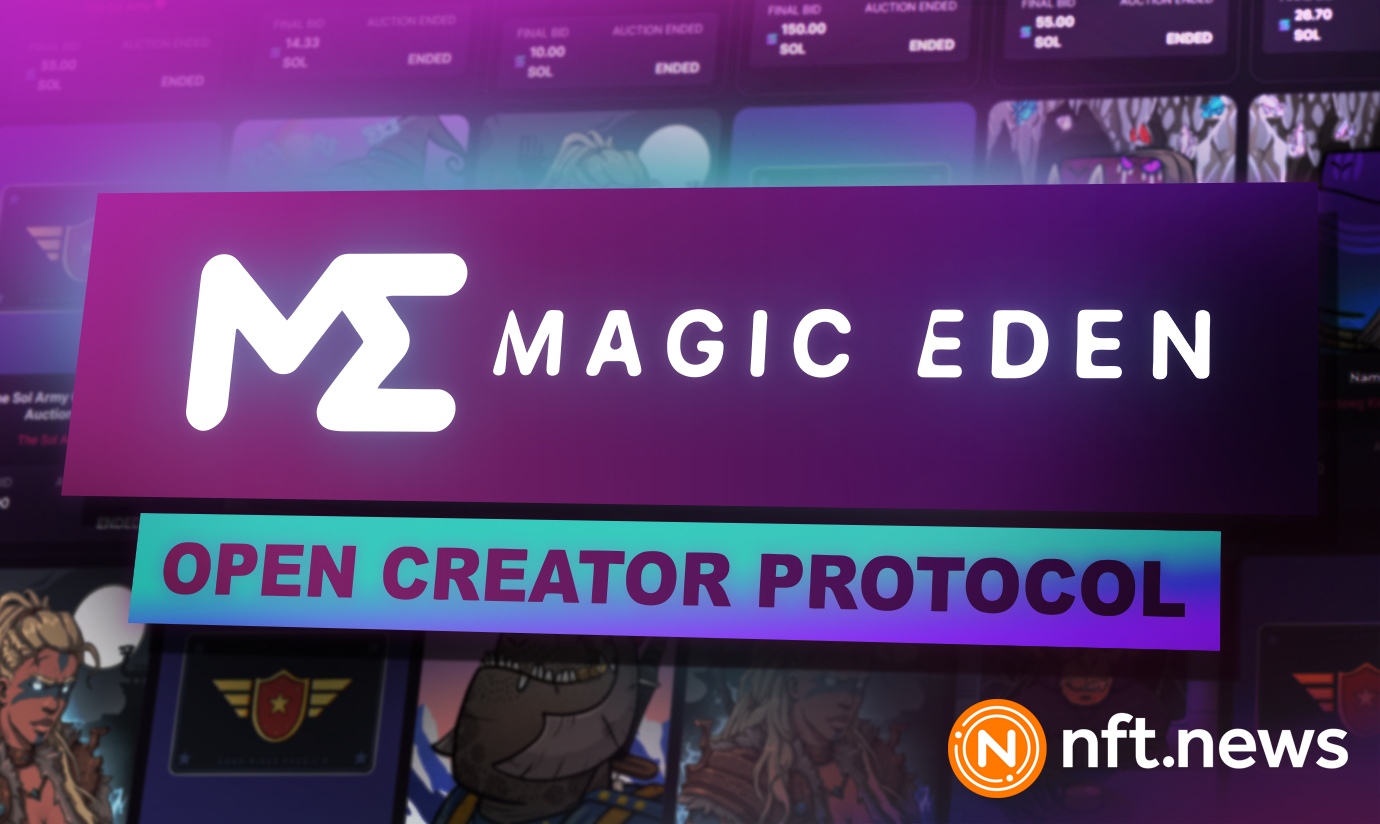 Solana-based non-fungible token (NFT) marketplace Magic Eden launched a protocol that will enforce royalties on all new digital collections that elect to use it.

The recently announced Open Creator Protocol (OCP) is an open-source tool built on Solana’s SPL managed-token standard. It will give creators launching new collections the option of having royalties protected. Magic Eden will begin enforcing royalties on all collections that adopt the standard on Dec. 2.

The Open Creator Protocol will ensure royalties are paid whenever a creator’s assets are traded on secondary markets. Creators will also have the option of banning marketplaces that do not enforce royalties.

In a Dec. 1 thread on Twitter, the multichain NFT platform reiterated its desire to push for a “royalty-respecting world.” According to the thread, the tool will be decentralized, thus making it impossible for any party to change its code.

Magic Eden also stated that it could not retroactively apply the OCP tool to existing collections. Instead, the $1.6 billion startup urged developers to perform “burns and re-mints,” in which NFTs are sent to an unrecoverable wallet address and then re-issued by the collection.

Creator royalties are fees paid on NFT trades, typically by the seller. They are usually set at 5% to 10% of the sale price, with the funds going to a digital wallet controlled by the NFT project’s creators. These fees can be a lucrative revenue stream for NFT projects with a high secondary trading volume.

However, in the NFT space, these royalties are under threat, particularly on Solana, where virtually all marketplaces with a significant share have stopped requiring traders to pay the fees.

Jack Lu, the CEO and co-founder of Magic Eden, commented on the new development:

“The Solana community has been waiting for solutions to NFT royalties. We have been in active conversations with multiple ecosystem partners to identify solutions for creators in a timely manner. Our intention with Open Creator Protocol is to immediately support royalties for creators launching new collections while continuing to coordinate with ecosystem partners for more solutions.”

Up until mid-October, Magic Eden upheld creator-set royalties. However, a wave of competing NFT marketplaces started rejecting royalties or making them optional for traders, which led to more money being retained by traders. Magic Eden switched to an optional royalty model in response to a declining market share, citing “serious implications for the ecosystem.” The new model made royalties optional for customers, much like a tip for creators.

In addition to the royalty protection, OCP will include customizable token transferability and dynamic royalties. According to Magic Eden, the dynamic royalties feature will specify a linear price curve relationship between an NFT’s sale price and the amount of royalty to be paid, potentially lowering the nominal value of royalties for buyers who pay a higher price for an NFT collectible.

On the other hand, Magic Eden said OCP’s customizable transferability feature would comprise a host of use cases, such as the collection’s tokens remaining untradable before the mint closes or limiting tradability by time, the total number of trades, or metadata text. Magic Eden believes these features can provide fun ways for creators to gamify the trading rules of their collections.