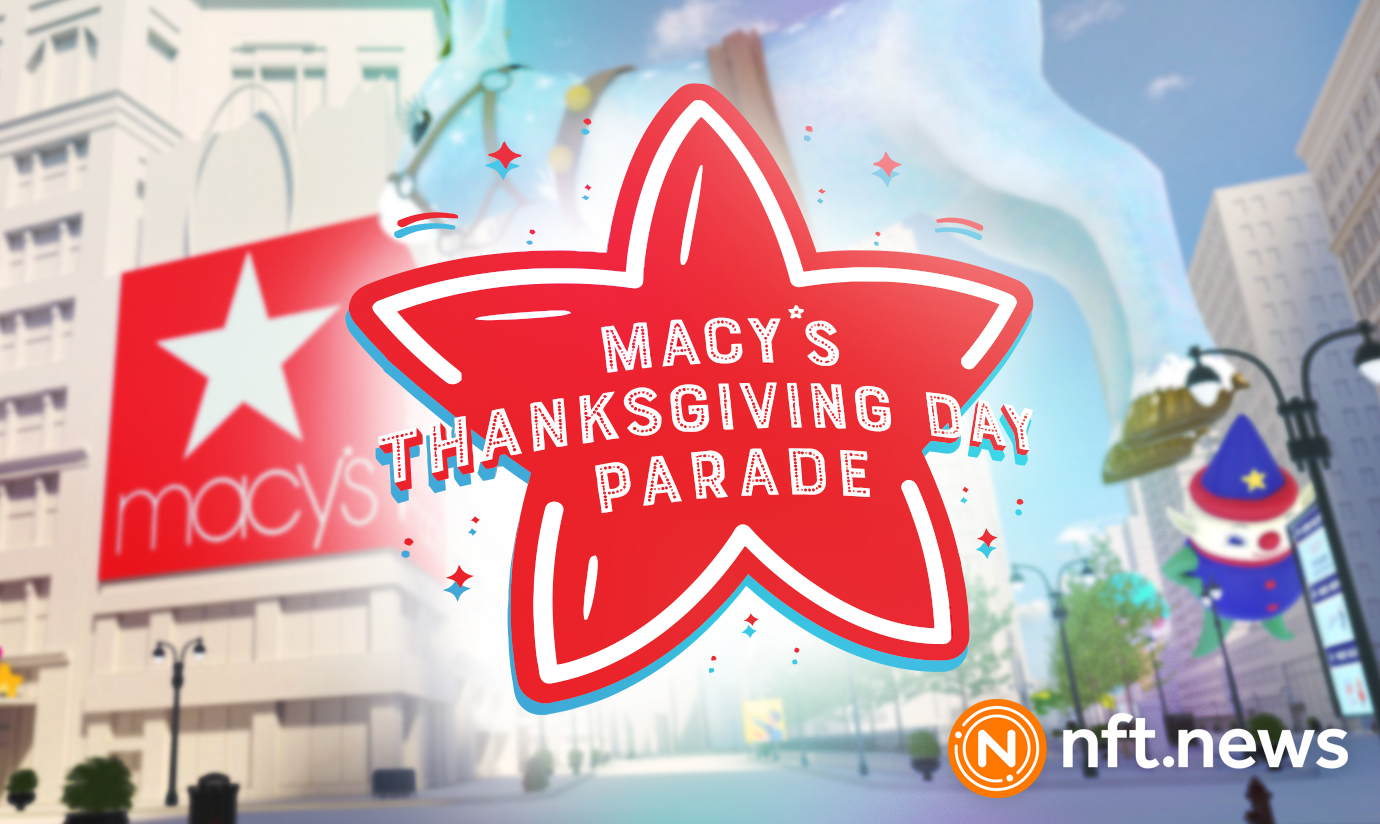 As the holiday season approaches, one of the most popular events in the United States, the Macy’s Thanksgiving Day Parade®, returns to the virtual world of Web3 with an all-new experience. It includes virtual galleries of five NFT projects and gives fans the opportunity to choose the first-ever Macy’s Parade Balloon NFT.

The magic of the Macy’s Parade can be experienced virtually in the metaverse to commemorate its 96th march. This virtual parade will feature virtual galleries of five NFT projects and give fans the opportunity to vote for their favorite designers. One of their creations will be brought to life in a high-flying form at the following year’s Macy’s Fashion Show.

The OnCyber metaverse, which will be available to fans and collectors beginning Thursday, November 24 at 9 a.m. EST, will power the web3 experience. The virtual parade is fully available on desktops and mobile devices and does not require a cryptographic wallet, complicated login, or VR headset.

In addition, the legendary balloons from the nine-decade-old Macy’s Holiday Walk procession will fly during the metaverse parade. These balloons were released as collectible NFTs last year to celebrate the 95th anniversary of the Macy’s Parade.

Fans can browse five galleries in the virtual parade experience, featuring NFT blue-chip collections from Boss Beauties, Cool Cats, gmoney, SupDucks, and VeeFriends. They will be able to vote for their favourite idea from Thursday, November 24 at 9 a.m. EST to Sunday, December 4 at 11:59 p.m. EST.

The winning project will then become a real-life balloon in the 97th Macy’s Thanksgiving Day Parade in 2023. A free Macy’s digital collectible will be awarded to the first 100,000 fans who vote. Voting is not contingent upon purchasing or claiming an NFT collectible. Beginning November 24, official voting guidelines will be available.

Collectors will have the opportunity to punch a virtual gallery pass to claim OnCyber NFT gallery space. The pass will be deposited on December 5, as part of the second year of use of the Web3 community. A virtual gallery pass will cost $50, and Big Brothers Big Sisters of America will receive 100% of the proceeds (BBBSA). By using the NFT in this way, Macy’s is contributing to the long-term growth of mentoring relationships that have a profound impact on the lives of young people, paving the way for a better future.

An initiative to be applauded

BBBSA, the nation’s largest youth mentoring organization, helps young people through relationships that have a lifelong impact. BBBSA adult volunteers (called “Bigs”) encourage youth (called “Littles”) to thrive in post-secondary education. They encourage them to promote mental wellness and create an inclusive atmosphere for all by building on the knowledge gained from professionally supported mentoring experiences.

Additional votes will be awarded to NFT collectors who choose to strike during the voting period and to NFT owners of the Macy’s 2021 parade collection. In addition, voting power will depend on the rarity of NFT collectibles. Owners of Boss Beauties, Cool Cats, gmoney, SupDucks and VeeFriends will also have additional voting power.

A Live Broadcast around the World

On Thursday, November 24, from 9 a.m. to 12 p.m. in all time zones, NBC will broadcast the 96th Macy’s Thanksgiving Day Parade live from New York City. Peacock® will also stream the event. Fans can expect to find interactive historical information, Parade 101 educational activities, and more to get a glimpse into the holiday parade.