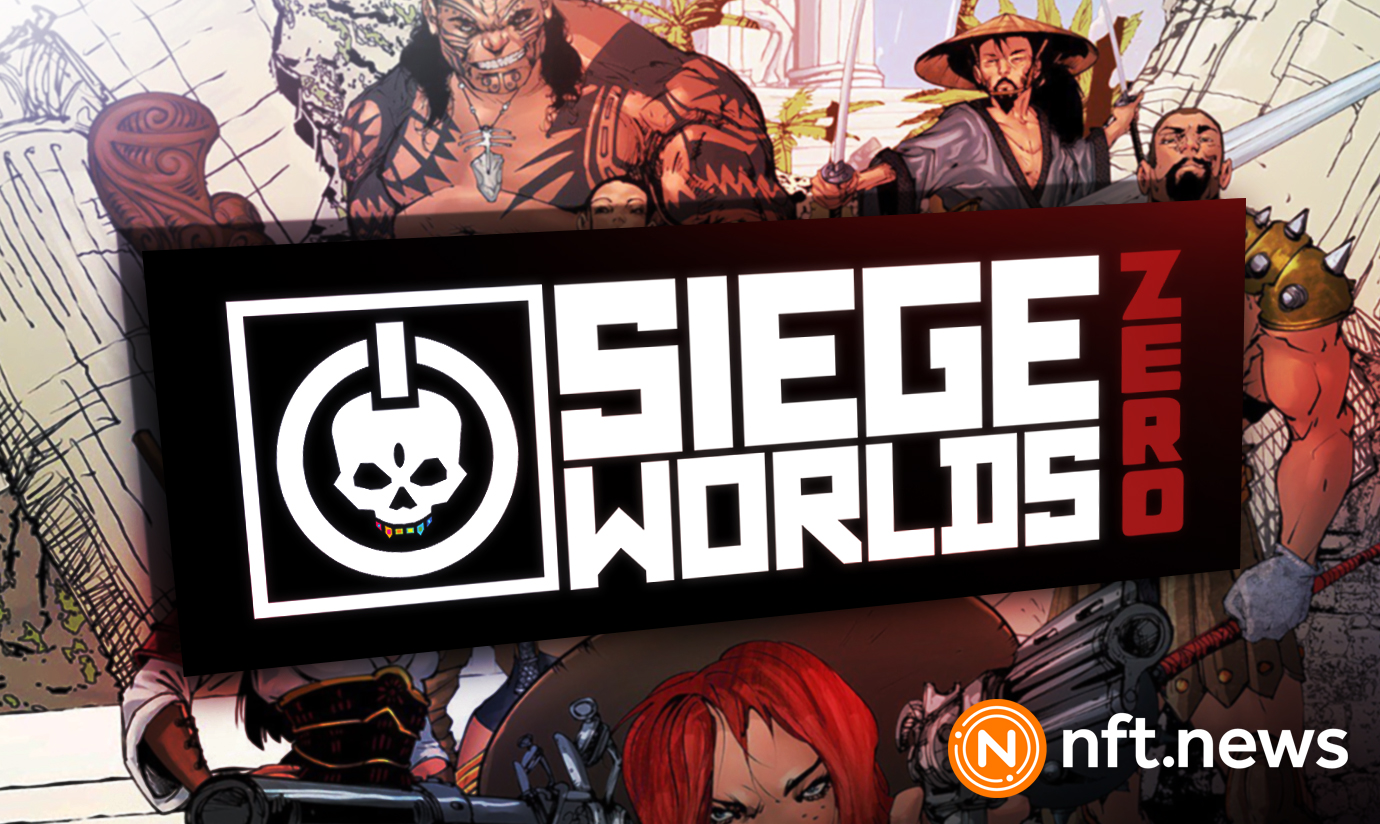 Bringing alive the legends of the past and the stories that people grew up with in comic books and recording them on the blockchain is not among the more popular applications of the technology. However, a new company named LightningWorks has done just that.

Joan of Arc, Miyamoto Musashi, and other historical figures

The world’s first comic book that users can interact with, just like a video game, has been launched by LightningWorks. The project built on Ethereum and Polygon networks features legendary figures such as Joan of Arc, samurai Miyamoto Musashi, the gladiator Flamma, and many others. The essence is to tell the story of the legends in an interactive way on Web3 via comic books.

According to the team made up of experienced designers, artists, and marketers, the comic book named “Siege Worlds Zero” will meet the needs of comic lovers and of video game players. Already released on the Ethereum blockchain on January 20, the multi-chain project will also be hosted on the Polygon Network.

The team boasts some of the most experienced game makers, artists, and designers in the industry. This was confirmed by Jordan Fiksenbaum, the CEO of LightningWorks, who himself was in charge of marketing for Cirque du Soleil.

“We are really excited because this is an industry first with a top notch team behind it. DC Alfonso, who co-created Avengers Unlimited, has worked on the comics designs, and the music department of Lightningworks is advised by ‘Bassy Bob’ — a winner of multiple Grammy Awards”, said  Fiksenbaum.

A crack team of designers and virtual reality experts

Fiksenbaum is not new to the comic and virtual reality sphere having also worked on projects such as Disney’s The Lion King, The Phantom of The Opera, and Les Misérables.

Other team members come from backgrounds in art, design, animation, and others. For instance, DG Franchin, who is the lead artist for LightningWorks, drew artworks in Marvel projects such as Spiderman and Xmen. He is actively working on another upcoming LightningWorks project named Moon-1 NFT comic books.

Another team member, Bassy Bob, has worked with top artists like Bob Dylan, Toni Braxton, Kirk Franklin, and other Grammy Award winners who made millions of dollars in sales.

Using blockchain in a unique way in gaming

Reacting to the project, the Founder and President of LightningWorks, Geoff McCabe, said that the project has employed the use of blockchain technology in a peculiar way. He said that some of the features in the gaming portal are available only once for the user. The aim throughout the game is cooperation and interaction that lead to rewards in a first-person-shooter play-to-earn (P2E) setting.

“ Using NFT tech, players can find ‘Easter eggs’ – hidden clues and secrets inside the comic book to use within the game.  These are NFT weapons including a rifle, pistol, and a crossbow that are related specifically to the characters in the story, and will only be available once, by minting this particular comic, or buying from other players on an open market like OpenSea.” said Geoff McCabe

In their review of Siege Worlds, the company said it is a story of a mysterious island where reborn legends fight monsters coming out of the sea. It is inspired by the American sharpshooter, Annie Oakley. The company said that the game was designed to give the players the impression that they’re the heroes of the story. They added that it has been in development for 3 years with the purpose of breaking the barriers of digital entertainment for users.

Sold out in record time

In November 2022, LightningWorks’ NFT collection was sold out within 24 hours, despite the fact that the NFT market had slowed down considerably at the time. According to McCabe, the portal is introducing utility as never seen before in the NFT space. Aside from the benefits, he said that bringing comics from paper and making them digitized on the blockchain is the primary objective of the team.

“Ownership guarantees a percentage of all of our future minted comics, with some free and some at 50% off the list price. It’s like owning a Web3 comic book store, and with the comic book industry in trouble and both MARVEL and DC alienating their core fans,” he said.

The collectibles can be accessed via the company’s website. After minting, it will also be available on Opensea and other NFT exchanges. Utilizing a process described as “forging” makes it so the supply of the NFT comics will reduce over time. NFT owners can also burn some of their comics NFTs to give them higher-value collectibles.