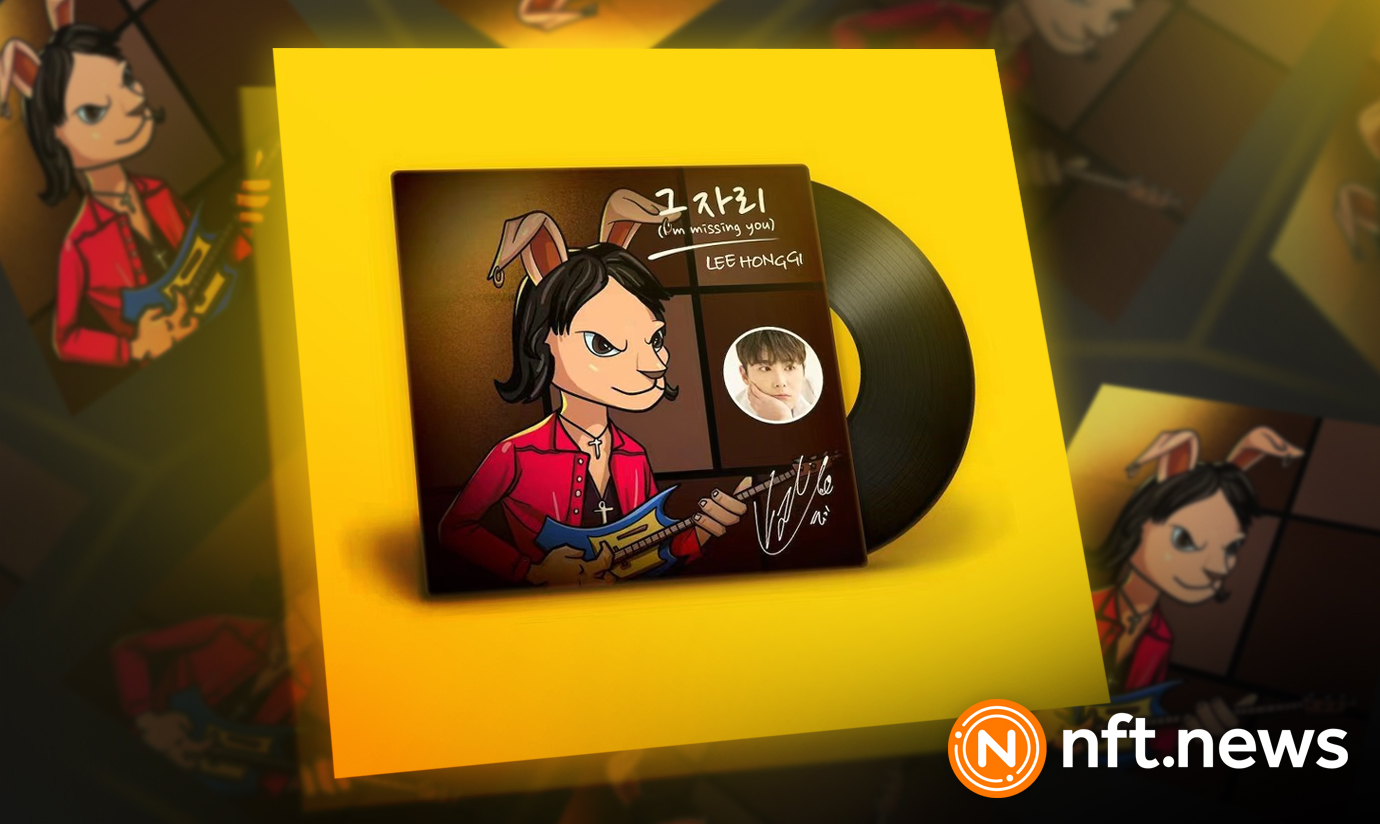 Lee HongKi, a well-known singer from South Korea, recently released a new song on the music platform Muverse. Unexpectedly, Mr. Lee HongKi’s song quickly sold out within an hour of being released. In addition, the singer also decided to buy the NFT Yolo Bunny #5190.

A triumphant Return to the Seoul Music Scene

Since Lee Hongki enlisted in the army in 2019, his fans have been eagerly waiting for the release of his new songs. After his return in April 2021, he released a few tracks before announcing his new inspiration.

With that in mind, he is now coming out with NFT music in an effort to increase his fan base and venture into the web 3.0 space. Even though winter is coming at the end of the year, K-Pop fans won’t miss this heat wave in the NFT space.

Indeed, Mr. Lee HongKi’s most recent song, entitled NFT, is only available on Muverse. Nevertheless, owners of Lee’s NFT music have the opportunity to trade it on Opensea, the largest NFT marketplace in volume. They can also earn money from artist and fan engagement on the Muverse platform. Best of all, they will be the first to have access to the full song, before all other users.

In addition, Mr. Lee HongKi revealed on Twitter that he uses YOLO BUNNY NFT #5190 as his profile picture, a token from the NFT series created by the Muverse platform . On Opensea, the trading volume of YOLO BUNNY NFT has reached over 5,200 ETH. As the owner of this NFT, Lee Hongki has sent a clear message. It is an expression of his willingness to pursue further Web3 engagement with Muverse.

A short history of the K-Pop Star’s life

The illustrious Lee HongKi began his career as a child actor in the entertainment industry. While he made his debut in 2002, he has been in the business for 19 years. He has a solid reputation in the K-pop community and is the oldest of several artists who are older than him.

In his early days, the singer burst onto the scene in 2009 as the lead performer on a television show. The show won numerous awards, including the Most Popular Award at the 2009 SBS Acting Awards.

He is a singer-songwriter and actor with FNC Entertainment, as well as the lead singer of the boy band FTISLAND. Lee revealed on social media in 2015 that he writes albums in both Korean and Japanese. He is a singer born in the early 1990s, who has had a significant impact on songwriting in East Asia.

Muverse is a Web3 music talent search platform supported by music communities. It offers a range of interactive parameters for artists and fans, as well as opportunities for musicians to become idols. At a music festival, artists can sell their NFTs and increase their fan base.

Now, Mr. Lee HongKi’s fans can interact with each other while participating in the music festival via the Muverse DApp. In turn, artists like Lee HongKi have a variety of options on the Muverse platform to earn money. They can also expand their fan base, for example by tipping users or selling NFTs. They also have the opportunity to earn money from MCT sales.

As the platform grows in popularity, Muverse is committed to forming alliances to help the Web3 music community grow. As a result, Muverse DApp products are currently undergoing extensive testing. Based on user feedback, the product design has been improved to provide a more satisfying user experience.

In addition, over time, other musicians like Hongki Lee will eventually join Muverse. Together, they will be the star ambassadors of the platform’s Web 3.0 music world.