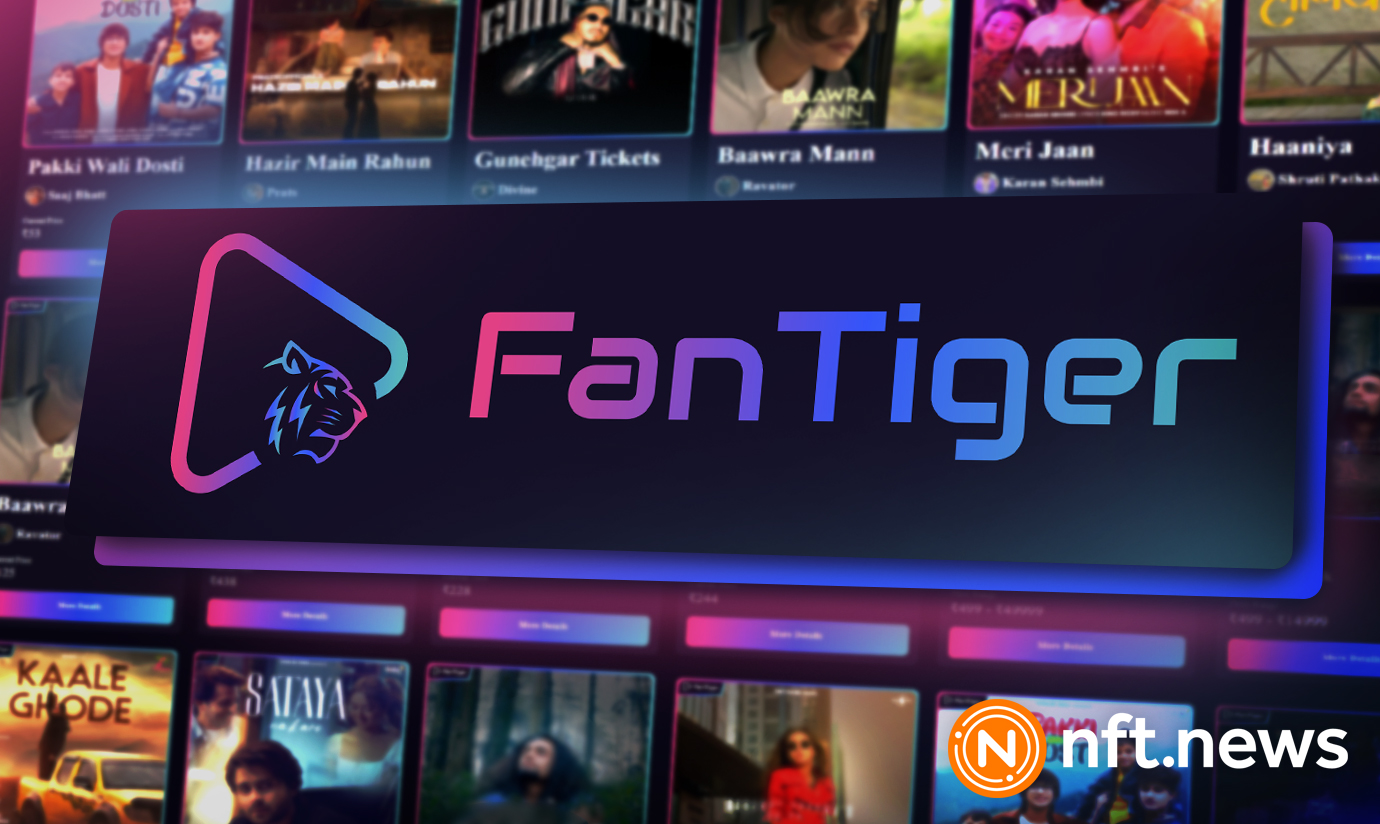 The project has recorded over 50,000 transactions in the last 30 days. This makes it the fifth-largest NFT project compared to others on the OpenSea market ranking, coming just below the Reddit Cup 2022 collectible avatars.

With FanTiger, fans can support their favorite artists in launching new music by buying their NFTs on the platform. These can be sold or held as passive income investments. The music platform allows fans and investors to earn royalties on the music they purchase as NFTs, allowing them to invest with as little as roughly $1 dollar.

Fans also get a chance to interact with their favorite artists on the platform and access NFT holders’ channels and online listening parties. The FanTiger NFTs even allow fans to unlock exclusive rewards like additional content, access to meet-and-greet events, and backstage passes.

The NFT Music Industry is Growing in India

The latest accomplishment by the FanTiger platform showcases the rising popularity of music NFTs in India. Last year, Indian singer and composer Kaber Vauski sold a demo version of a 2021 song for 50 Ether (ETH), worth roughly $150,000 at the time.

Earlier in February this year, Indian media and consulting firm, One Mercuri, created a music and entertainment NFT marketplace dubbed WishWorld. The marketplace debuted with its first NFTs from Indian musician Ilaiyarraja in the same month.

In October, the India-based musical duo Ritviz and Nucleya launched its collaborative album “Baaraat”. Along with the album, the artists have also released an NFT collection in which the tokens granted multiple added benefits to the holders.

DJ Shaan, a popular Indian musician and actor, has also minted an NFT that sold within a few hours after its drop on WazirX, an India-based cryptocurrency exchange with its own NFT marketplace catering to artists and creators.

Back in May, the company behind the music NFT platform FanTiger, ArtistFirst Technology Inc, rose $5.5 million in a seed investment round led by Multicoin Capital. Founded by the former CEO of a prominent Indian music streaming service, Gaana, FanTiger has been working its way into the eyes of the mainstream public ever since.

The platform launched later in July and, in the same month, saw its debut NFT launch with renowned Punjabi star, Sunanda Sharma. The artist launched its song “9-9 Mashkan” as an NFT, becoming the first female singer in her field to launch a Non-Fungible Token.

Since its launch in July, FanTiger has seen multiple independent artists launch their music NFTs on the platform, with most of them quickly selling out. Ever since a long line of music fans have been waiting for additional releases from their favorite artists.