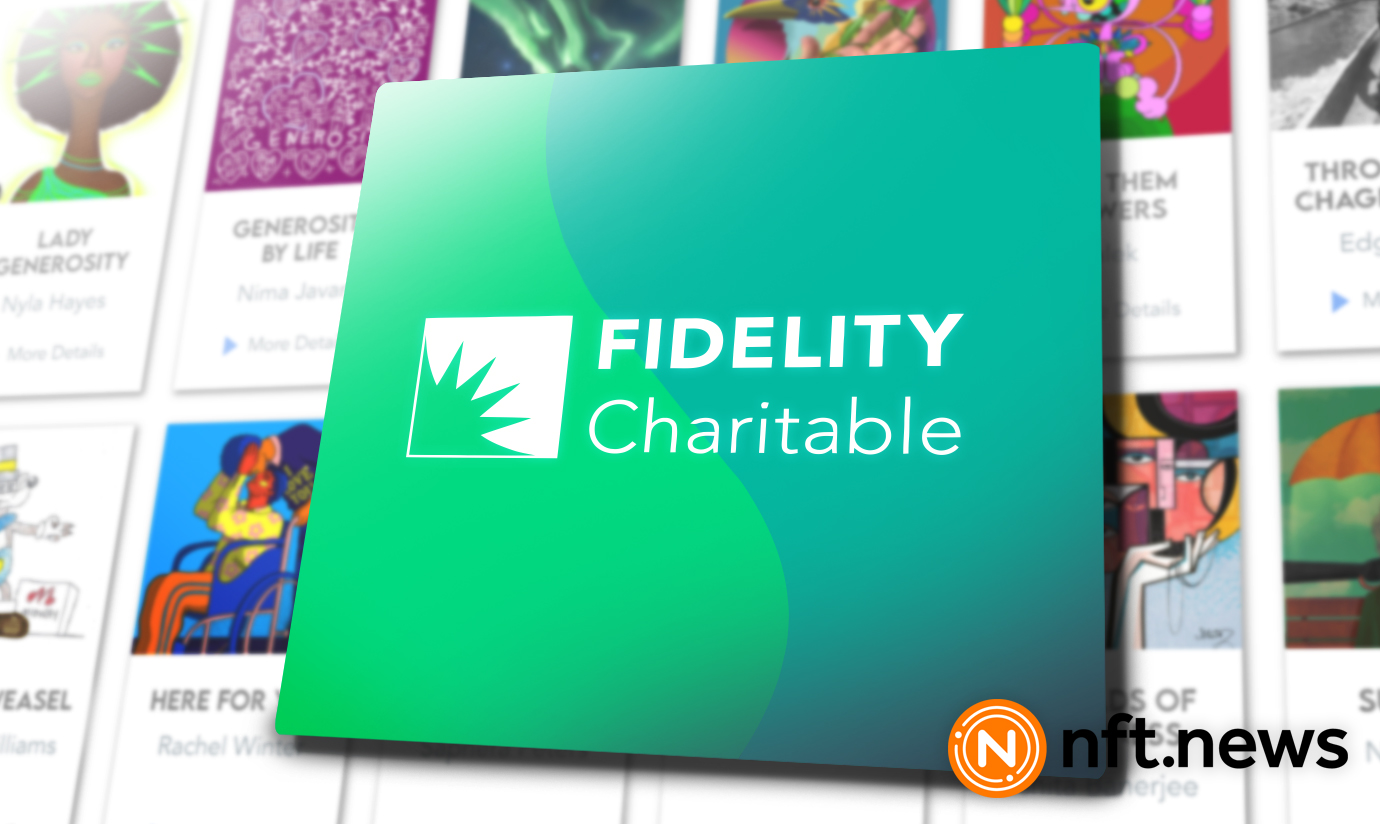 Fidelity Charitable, one of the largest grantmaker in the world, announced on Tuesday, November 29, that it will start supporting digital assets registered on the blockchain (NFTs) to make it convenient for all types of donors to work with the company.

Encouraging Generosity Through Adaptation to Innovation

Amy Pirozzolo, head of donor engagement for Fidelity Charitable, said that the company wants to be on the same page with donors. She said that making it easy for donors to give is the motivation behind the interest in NFTs:

“The reason we’re doing this is we really believe there’s a whole new generation of givers and philanthropists out there. We want to be where they are and the channels they use and the formats they use and further encourage their generosity.”

The company has organized a raffle draw that ends on Tuesday. Participants will be rewarded with NFTs. Among the participants, 50 will win $1000, which will be donated to charities recommended by Fidelity Charitable.

Speaking on the company’s involvement in NFTs, Jacob Pruitt, president of Fidelity Charitable, said that the organization sees the initiative as a way to engage the next generation of investors. According to him:

“I think it’ll be a unique way to engage with next gen investors. It’s another way that I think Fidelity is innovating and leaning into a new space.”

Donations made to donor-advised funds grew impressively from $28 million in 2020 to $331 million in 2021, according to Fidelity. These funds give donors a tax credit claim without requiring them to donate within a specific period of time.

Fidelity Charitable, like other organizations operating donor-advised funds, are licensed to handle complex exchanges involving converted donated assets to funds while offering donors the receipts they need for tax documentation.

The complexity of donor-advised funds (DAFs) is such that many non-governmental organizations (NGOs) cannot operate them without engaging third-party consultants to do it.

Observing The Effects of Low Crypto Prices On Donations

The increasing interest in cryptocurrency donation is linked to the boom in the market, which saw the price of Bitcoin rise to $68,000 in November 2021. The price of digital assets has since plunged to year lows following the crash of Terra USD, the algorithmic USD-pegged stablecoin of the Terra network.

James Lawrence, co-founder and CEO of Engiven, an entity that facilitates donations in digital assets, said it is not yet clear if low prices would affect the giving pattern of donors this year. He stated that they’re watching the trend keenly since most donors from Christian organizations give the bulk of their gifts in the last quarter of every year. However, James emphasized that cryptocurrency donors are not viewed differently from other donors.

Pirozzolo said that despite its links with the cryptocurrency ecosystem, the Fidelity Charitable NFT promotion should not be strictly seen as cryptocurrency adoption:

“This is really about the blockchain and having a fun way to celebrate with digital art the generosity of giving,”

She added that the company pays gas fees to mint the NFT assets as well as pay the artists that design them. The NFTs are minted on the Polygon network, so claimants have to sign up with a supporting wallet. All NFTs will be hosted at Opensea, the popular NFT marketplace.