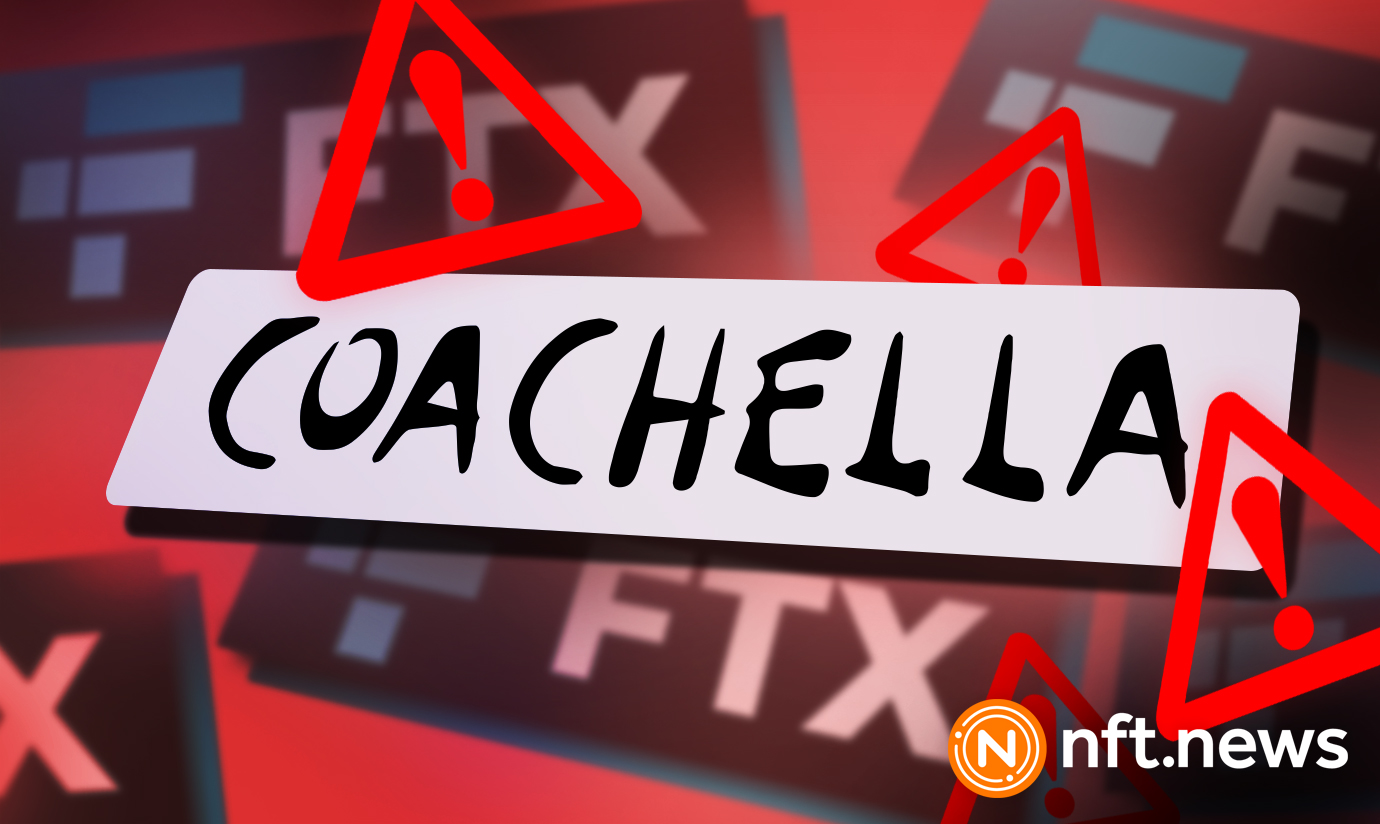 Holders of the special non-fungible token (NFT) collections of the Coachella festival, one of the most anticipated music festivals in the world, fear that the FTX collapse may end up leaving them empty-handed.

At the beginning of this year, the Coachella music festival unveiled its own NFT Marketplace, giving music fans the opportunity to buy into a collection of NFTs that grant exclusive rewards to the owners.

The rewards include memorable moments from the festival grounds, a Coachella Key Collection offering 10 lifetime festival passes, one Infinite key that would grant its owner two-lifetime festival passes, $500 in food and beverages, private transportation to and from the festival, a meal prepared by a professional chef in the Rose Garden, free access to any virtual Coachella event, invites to exclusive parties, and two free merchandise items each year.

The final item of this collection was sold for $270,000, but the entire collection amounted to almost $1,5 million. However, the NFT marketplace was built in the Solana blockchain through a partnership with FTX, the cryptocurrency centralized exchange that went from boom to bust in just a couple of days. NFT holders can’t reach out to the FTX team to retrieve their digital collectibles.

Every year, Coachella brings thousands of music fans to the Californian desert, making it one of the biggest and most anticipated music festivals in the world. The festival continues to draw fans from across the world despite rising pass prices and last-minute line-up changes to to its eclectic, top-notch musical acts. The 2022 edition saw Harry Styles, The Weeknd, and Billie Eilish go up the main stage of the festival.

Contagion From the FTX Bankruptcy

Sam Bankman-Fried (SBF) was cryptocurrency’s wonder kid a mere couple of weeks ago, with very deep connections with US senators, congressmen, and even the SEC (Securities and Exchange Commission, the capital markets overseer and regulator). His joie-de-vivre was FTX, which quickly rose to become the third-largest centralized exchange by market volume.

After the financial records of Alameda Research, the investment arm of FTX, were disclosed and showed that the majority of its assets were held in the illiquid FTT (FTX native token), SBF’s empire collapsed swiftly. The group has since filed for bankruptcy in the US under chapter 11 shortly after.

The demise of FTX sent a shockwave throughout the entire crypto industry, leaving thousands of people unable to access and withdraw their assets from their wallets, leaving a hole expected to be around $10 billion. The holders of the Coachella NFTs are now expected to be among the list of creditors that FTX sent to the court in the bankruptcy proceeding, as a representative from Coachella wrote in their Discord group:

“Like many of you, we have been looking at this news online for the past few days and are appalled by the outcome. We currently do not have any lines of communication with the FTX team. We have assembled an internal team to find a solution based on the tools we have access to. Our priority is to move Coachella NFTs away from FTX , which appears to be disabled at this time.”

Besides making their claims in the bankruptcy proceeding, some FTX creditors have also filed a class action lawsuit over celebrities and companies that promoted FTX. One of the companies sued is the Golden State Warriors, current NBA champions, who are deemed to have fraudulently promoted FTX in an investment scheme that led to the loss of billions of dollars.