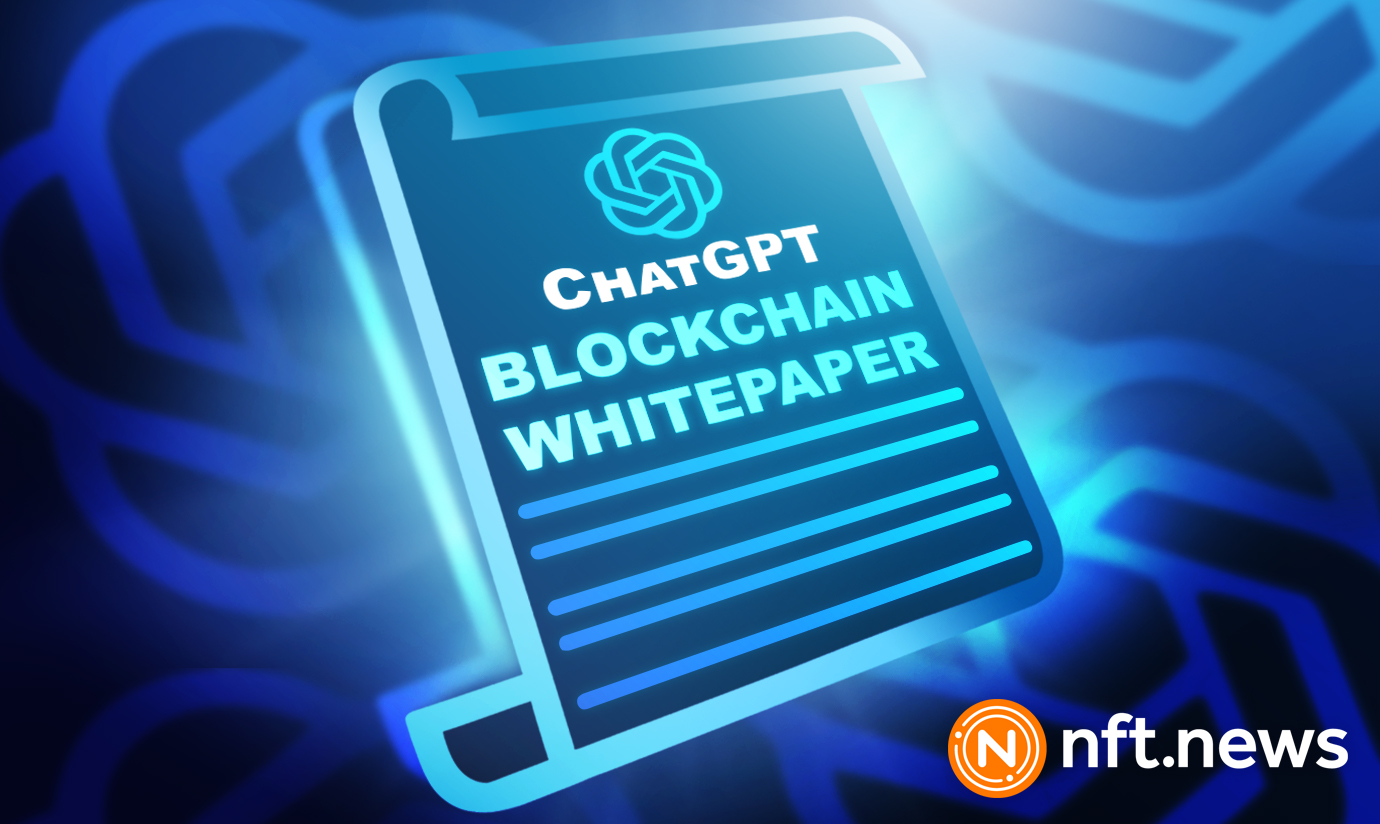 ChatGPT, the AI-powered communication protocol, is making headlines worldwide. Recently, someone found a way to use the tool to produce the first AI-written whitepaper.

James Gan, a researcher with a strong background in economics and computer science, decided to share his research on how to write a blockchain whitepaper using the popular Artificial Intelligence (AI) tool ChatGPT.

The researcher began the Medium post by sharing his interest in the blockchain space, including his work experience with various blockchain research groups and their involvement in the community. Gan then demonstrated how he used ChatGPT, the famous chatbot launched by OpenAI, to write a whitepaper.

How did ChatGPT write a whitepaper?

Gan introduced the concept of ChatGPT and its potential benefits for writing academic-style research papers on blockchain technology. With the help of the AI tool, Gan was able to reduce the laborious academic writing style by filling in the blanks with cutting-edge research and relevant and high-quality citations.

A whitepaper is an academic-style research paper that details the idea, plans, roadmap, and code behind a cryptocurrency project.

Innovations proposed by the AI

The researcher then presented a specific use case for ChatGPT in the form of a blockchain NFT that serves as an identity for users as they browse the internet. The whitepaper described the system’s key components, including data ownership, shared incentives to see advertising, and encryption of personal data.

Also discussed were the potential benefits of the NFT, such as General Data Protection Regulation (GDPR) compliance and a reputation system based on individual return on advertising.

In this chapter, the author goes into more technical detail about the proposed blockchain NFT system. They discuss the possible integrations for cashback programs, such as Honey and Rakuten, and the potential for extensibility and modularity beyond the “Brave” browser and token. They also discuss the potential for integration with traditional web browsers by using an extension that would share a public wallet address.

Blockchain technology has revolutionized the way we think about data storage and transactions, but it can also be a complex field for devs to navigate. One tool that can help simplify the process is the large language model created by OpenAI.

ChatGPT can be used to generate smart contract code by inputting the desired parameters and conditions, saving developers time and reducing the risk of errors. In addition, it can generate natural language explanations of the contract’s logic and functionality and provide examples of how the contract could be used in various scenarios.

ChatGPT can also be used to generate detailed documentation for smart contract codes. This can include descriptions of functions, classes, variables, and examples of how to use the code. Developers can generate documentation templates and integrate them with code comments to make the process of documenting the code more efficient. This is extremely useful for teams of multiple developers, as it ensures that everyone is on the same page and can easily understand the codebase.