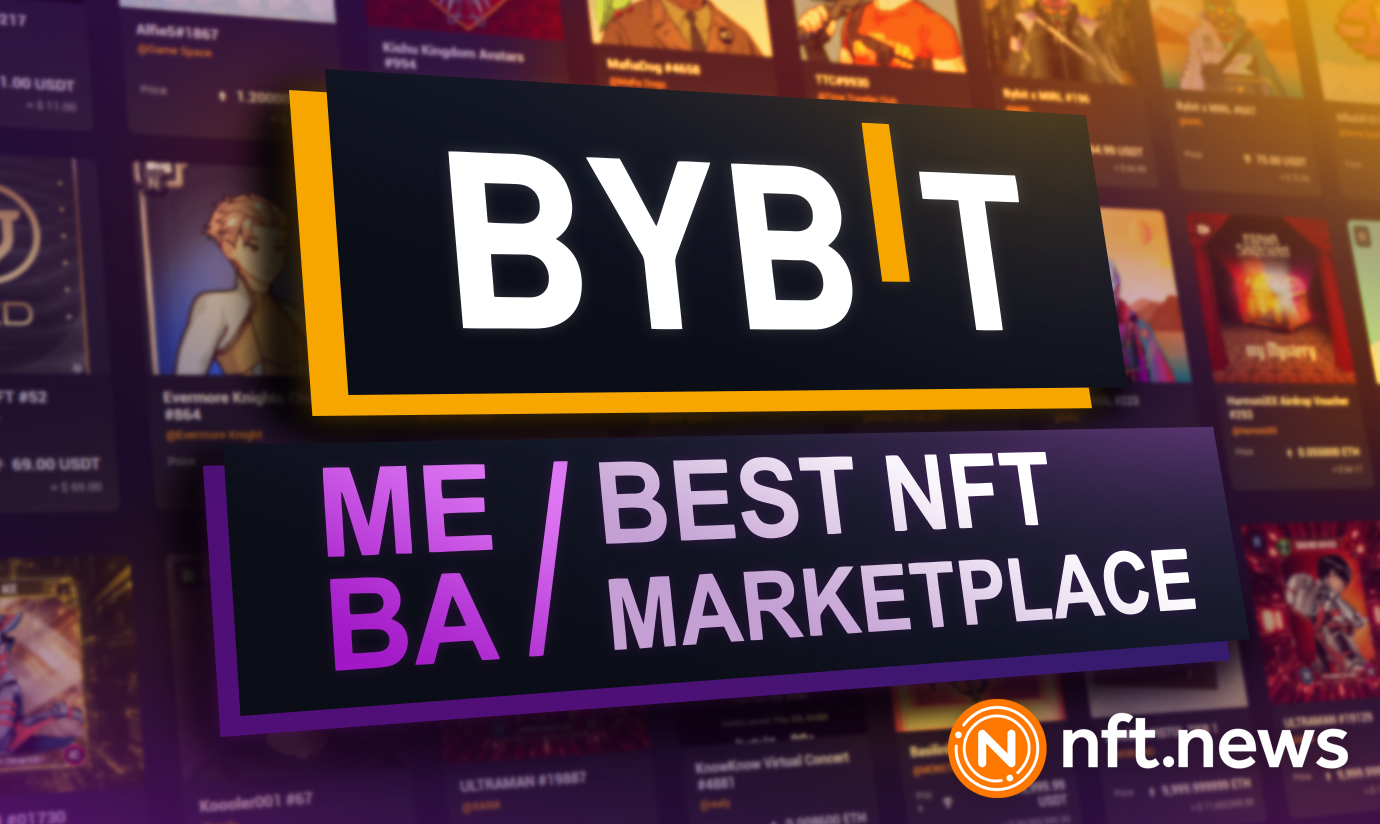 The Middle East Blockchain Awards is organized by Arabian Business and is attended by high-profile individuals from all over the Gulf Cooperation Council. The event aims to discover and award the best blockchain industry leaders, innovators, entrepreneurs, and service providers who make exceptional contributions to the realm of blockchain and web3 worlds.

The award was announced during the ceremony on the 18th of November 2022, coinciding with the Formula One Race Weekend at the W Hotel Abu Dhabi. The NFT Marketplace contenders were judged based on a set of metrics that included popularity, fee structure, and development.

To celebrate the success of its marketplace and its latest prize, Bybit announced a collaboration with Ciru Labs and Oracle Redbull Racing. The crypto exchange displayed one of its blue-chip NFTs from the Azuki metaverse, created by Chiru Labs, in a Formula One team car that raced in the season finale. The Azuki NFT collection features hand-drawn digital playable anime characters that grant its owners access to its metaverse.

The partnership between Oracle Red Bull Racing and Chiru Labs will be the first time a Formula One team will be adorned with an NFT. Said NFT art features Lei the Lightning, an Azuki character. A commemorative collection based on this character was launched on the marketplace featuring 7,700 NFTs, which were all scooped up within the first five seconds.

Further cementing itself as one of the biggest cryptocurrency names supporting sports teams across the world, Bybit announced a Crypto Fan Token competition to celebrate the FIFA World Cup, which began this weekend. The competition gave users the chance to win a piece of its 300,000 USDT prize pool while supporting their favorite teams.

Launched in January of 2022, the Bybit Non-Fungible Token (NFT) marketplace was well received among the community and has continued to be a success despite the market conditions.

The marketplace features all types of NFTs, including collectibles, art, gaming, and metaverse NFTs. It also features premium collections from well-known artists and projects along with user-created NFTs. Bybit also recently released an NFT portal, known as GrabPic, which allows users to launch NFTs in an easy and affordable manner.

Bybit is a digital asset exchange, the third most visited in the world. It allows users to trade Bitcoin and other cryptocurrencies on a spot market while also providing derivative products like futures and options.

Launched in March 2018, Bybit is one of the fastest-growing cryptocurrency exchanges with over two million registered users. It features state-of-the-art technology, providing professional trading tools and an easy-to-use interface that caters to both savvy and newbie cryptocurrency traders.

Bybite also features additional tools like its NFT marketplace and Grabpic portal, allowing users to be involved in the expanding Non-Fungible Token industry.