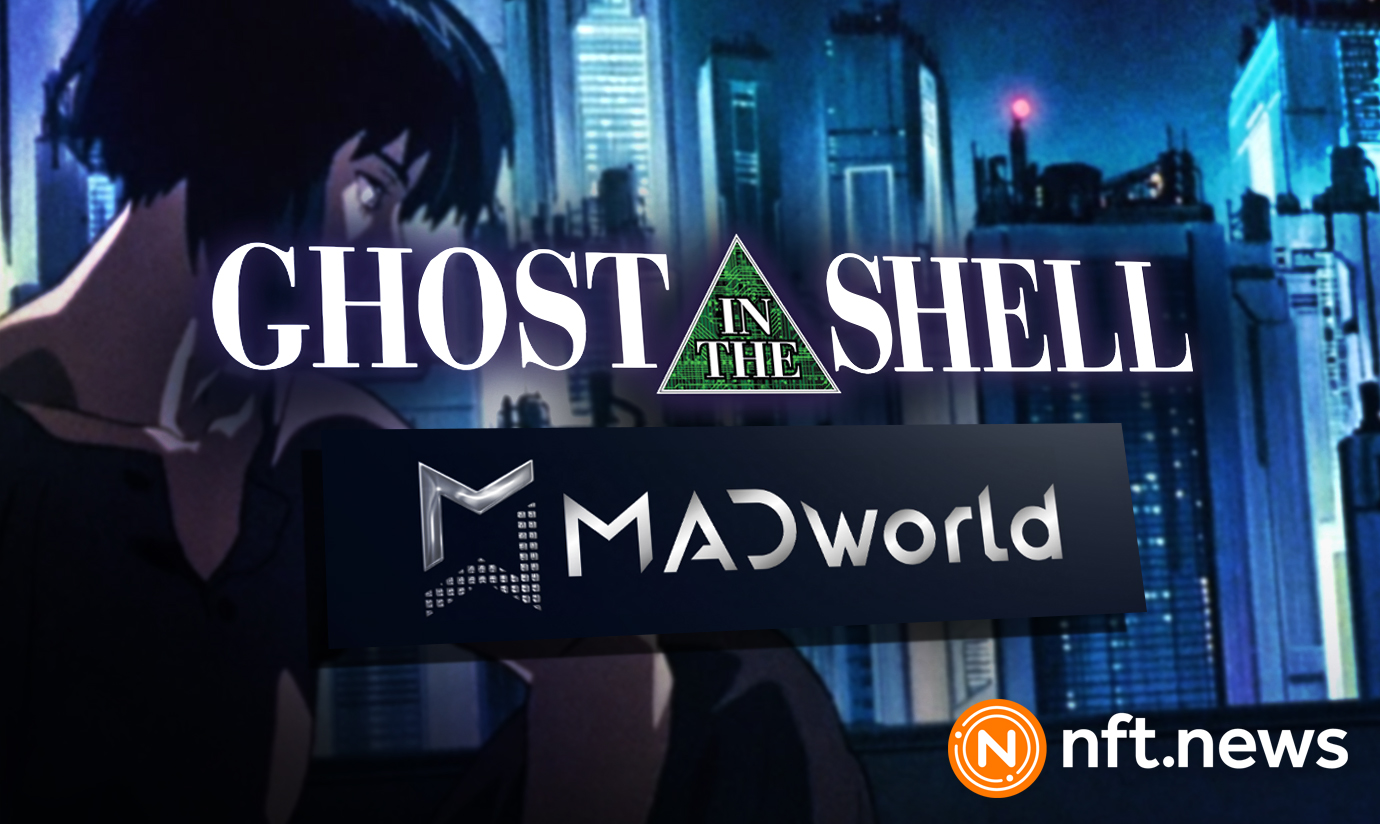 MADworld, an Animoca Brands company, is giving the 1995 vintage animated cyberpunk film “Ghost in the Shell” a new lease on life via its brand-new Ghost in the Shell x Ukiyo-e NFT collection. A limited-edition Ukiyo-e print will also be part of the package and will comprise 500 digital drops that reflect recognizable film themes.

MADworld to Making Anime Classics Available on the Blockchain

MADworld is making Anime Classics available via NFTs, starting with the Cyberpunk Classic Series “Ghost in the Shell”. The Ghost in the Shell x Ukiyo-e Collection from MADworld costs $1149 as a complete set.

After making a purchase, customers will first receive an NFT, and then they will receive their Ukiyo-e prints. Customers can use their NFT to gain priority access to the upcoming “Ghost in the Shell” game and claim their exclusive Ukiyo-e prints.

Each print is a one-of-a-kind work of art that is admired because of the faults, various textures, shadings, and depths that come from the manual printing process. The prints are created in the traditional Japanese woodblock style that dates back to the Edo period in the 1600s. A woodblock featuring artwork based on the “Ghost in the Shell” graphic design will be hand-carved with the assistance of skilled craftspeople.

The animated movie “Ghost in the Shell” is based on Shirow Masamune’s cyberpunk manga. In the highly advanced network society of a dystopian future, Public Security Section 9 and its members of the cyborg task force fight against computer crimes and cyberterrorism. With the famous symbol now adorning the digital world, collectors can join the task force.

MADworld’s vision, according to the CEO Robert Tran, is to help rebuild how fans interact with their favorite artworks. Phillip Tran, the CMO of MADworld, has stated:

“MADworld is pleased to bring together three generations of Japanese culture through this ground-breaking NFT project.”

Tran added that MADworld is approaching a new era of fan involvement and community by fusing traditional Ukiyo-e art, vintage animation from the 1990s, and 21st-century digital collectibles and metaverse integrations.

Animoca Brands, a renowned gaming company, has been in the NFT space for some time and has made notable contributions. Recently it introduced Mocaverse NFT, which is an exclusive collection for shareholders “Friends and Family”

While this is going on, Animoca Brands has previously released a number of other digital collections, and the initiative has contributed to the company’s rise to prominence in the sector. Even more so, Animoca Brands is outspoken in its calls for the widespread adoption of Web 3.0. Numerous initiatives that have improved the virtual asset market have resulted from the drive.

Although such efforts are compelling, it’s best to learn how to DYOR as the NFT market is fairly very young and thus very risky.