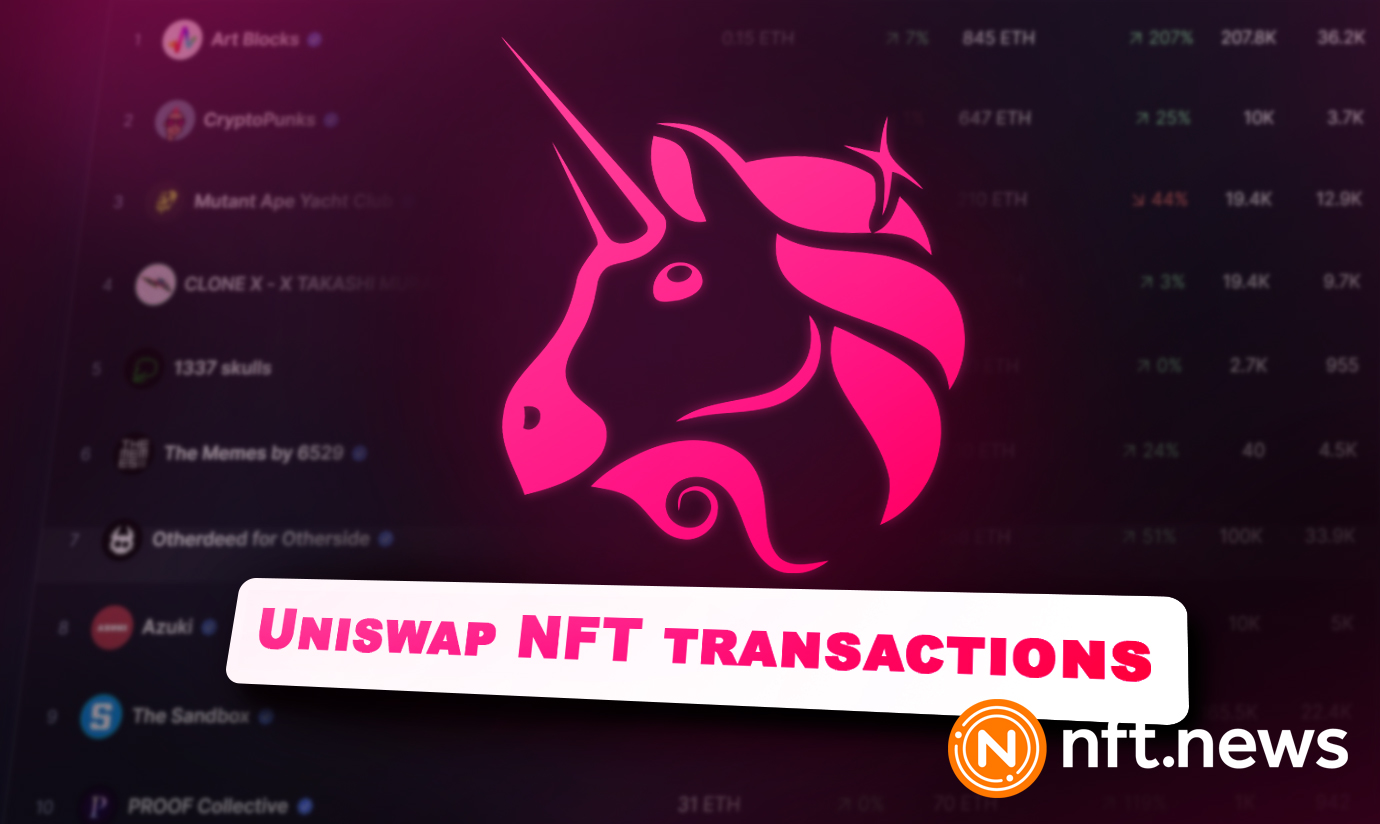 Users can then compare prices across the board and decide whether to buy or sell their own NFTs individually or in batches. The aggregator is powered by Uniswap’s new open-source Universal Router and Permit2 smart contracts, which the company claims will allow users to swap multiple tokens and NFTs in a single swap, saving up to 15% on gas fees. The Uniswap team stated:

“NFTs and ERC-20 tokens have largely existed as two separate ecosystems within crypto, but both are essential to growing the digital economy. “Launching NFTs on Uniswap is our first step in building more interoperable experiences between the two.”

Uniswap also announced it would be airdropping $5 million worth of USDC to longtime users of the Genie NFT aggregator it acquired in June. According to the company, Genie users will be divided into two tiers based on a wallet snapshot Uniswap took on April 15.

Additionally, the decentralized exchange is offering gas rebates for the first 22,000 users of its new NFT marketplace. The rebate will be capped at 0.01 ETH, and the promotion will end on December 14. Users can claim their rebate through the Uniswap app starting January 16, 2023, and for 12 months afterward.

Despite much criticism surrounding NFTs and the current slump in the broader crypto market, Uniswap believes its aggregator has long-term potential.

The company recently announced that it had raised $165 million in Series B funding, valuing the company at $1.66 billion. The decentralized exchange’s lifetime trading volume surpassed $1 trillion in May 2022. The company previously dabbled in the NFT space with the launch of Unisocks, an experimental crypto-token redeemable for a real pair of limited-edition socks.

With the acquisition of Genie earlier this year, Uniswap believes it can surpass what other networks have done in the NFT space. In a recent interview, Uniswap’s NFT product head Gray spoke about how people view NFTs and tokens in a somewhat ‘similar’ way. He said:

“A lot of people think of NFTs and tokens as two siloed experiences, two siloed audiences. But that’s not really the case.”

Grey also stated Uniswap’s plan to make NFTs more affordable and accessible within the aggregator by integrating more marketplaces and reducing gas fees by more than 10%.